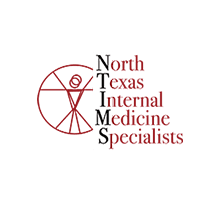 If you live with the chronic pain of fibromyalgia, you know all too well how debilitating it can be. Mihaela Perijoc, MD, MHA, of North Texas Internal Medicine Specialists in Plano, Texas, is a highly qualified physician specializing in internal and functional medicine who understands how fibromyalgia affects every aspect of your life. Dr. Perijoc devotes herself to finding treatments for her patients that improve their entire well-being. Call the clinic today to find out more or book an appointment online.

Fibromyalgia is a condition that causes chronic, widespread pain. In people with fibromyalgia, chemicals called neurotransmitters generate pain signals in the brain even when there’s no damage to tissues.

Research into the causes of fibromyalgia is ongoing, but the evidence to date indicates that people with the condition display higher levels of neurotransmitters. There’s also evidence that pain receptors in the brain are more sensitive in people with fibromyalgia, making them interpret pain differently and overreact to mild stimuli.

What are the symptoms of fibromyalgia?

The main symptom of fibromyalgia is widespread, chronic pain. People with fibromyalgia describe the pain as a dull ache, along with increased sensitivity that makes touch painful.

The precise cause of fibromyalgia isn’t known, but there’s often a genetic predisposition to fibromyalgia within families, so there may be an as yet unidentified genetic mutation that makes members of the same family more likely to develop fibromyalgia.

Some people with fibromyalgia can trace their symptoms back to an illness, accident, or emotional trauma that acted as a trigger. In other people, the symptoms progress so slowly that it’s not possible to determine when they began.

How is fibromyalgia diagnosed?

There’s no definitive test for fibromyalgia, so Dr. Perijoc diagnoses fibromyalgia based on the symptoms you’re experiencing and by ruling out other possible causes.

Doctors used to test for fibromyalgia by checking for pain at 18 defined pressure points around the body. Nowadays, widespread, unexplained pain lasting more than three months is sufficient for a fibromyalgia diagnosis.

Are there any treatments available for fibromyalgia?

There’s no cure for fibromyalgia, but Dr. Perijoc prescribes medication to relieve the pain and help you sleep better. Improving your general health also plays an important part in relieving symptoms, for example:

Reducing the misery of fibromyalgia takes more than one approach, and Dr. Perijoc has the skills and experience to develop an individualized care plan for you that improves your quality of life. Call North Texas Internal Medicine Specialists today or book an appointment online.